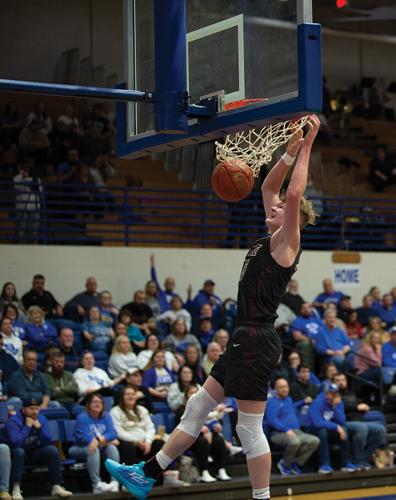 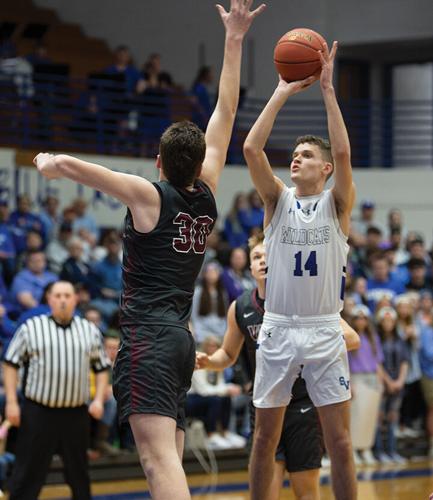 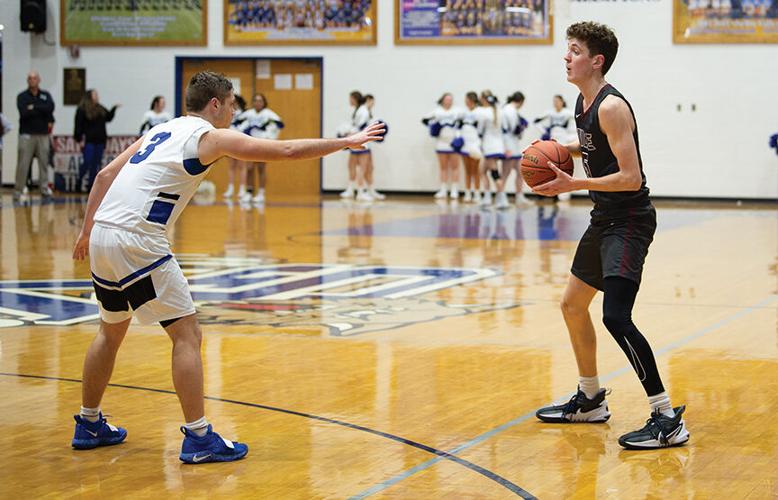 ROBINSON CREEK — Pikeville made a halftime adjustment to its defense Friday night against Shelby Valley.

The Panthers switched their 2-3 zone defense and went man-to-man.

Shelby Valley controlled the first half and held a 33-24 lead.

Pikeville had played zone in the first half, but in the second, the Panthers manned-up. The change in defense paid off right away as Eli Johnson got a steal and shot a pair of free throws to open the third quarter. He knocked down both free throws to cut the lead to 33-26.

Pikeville big man Charlie Fitzer came up with a block to give the Panthers possession once again. Ian Onkst followed with a pull-up jumper with 6:18 left to cut the lead to 33-28.

Shelby Valley wasn’t about to just give the lead away without a fight, though. Collier Fuller knocked down a three for the Wildcats with 5:51 left in the third to push Shelby Valley’s lead to 36-28.

Rylee Samons followed by splitting a pair of free throws. Samons followed with a steal and huge two-handed dunk to finish off the fast break and cut the Shelby Valley lead to 36-31 with 4:49 left in the third.

The Wildcats kept the Panthers at bay for a while, though. Ethan Sykes and Caleb Lovins scored back-to-back baskets to push the Wildcats’ lead to 41-32 with 3:13 left to play.

Pikeville ended the third on a 9-1 run to take a one-point lead into the final stanza of play.

Fitzer and Onkst opened the fourth with back-to-back baskets as Pikeville’s lead grew to 47-42.

Lovins split a pair of free throws for the Wildcats to cut the lead to 51-48 with 2:31 left to play.

Pikeville answered as Johnson found Fitzer for a basket; Fitzer was fouled on the play and knocked down the free throw to push the lead to 54-48.

Samons knocked down a pair of free throws with 26 seconds left as the Panthers’ lead grew to 60-50.

Lovins and Preston Johnson knocked down late baskets for the Wildcats to set the game’s final score.

Samons led the way for Pikeville with a game-high 22 points. Fitzer followed with 15. Johnson just missed double figure scoring with nine. Onkst had a solid game with six points. He also had some big defensive plays down the stretch for Pikeville. Brayden Bolden added four points. Josh Hughes and Cody Slone each scored two points in the win.

Johnson led the way for Shelby Valley with a team-high 17 points. Lovins followed with 14 and Fuller scored 13. Sykes added four points. Russ Osborne and Chaz Brown each scored three for the Wildcats.

Do you believe the Pike County Fiscal Court should vote to place a $5 per month fee onto property tax bills to fund 911 service?