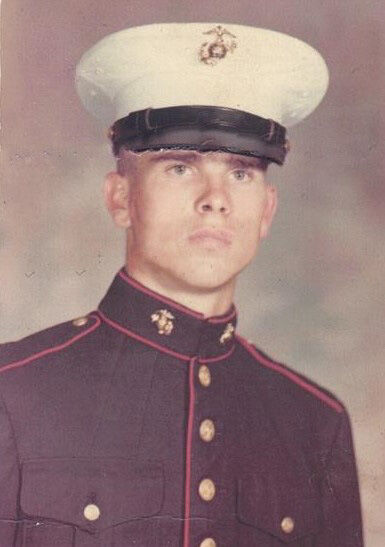 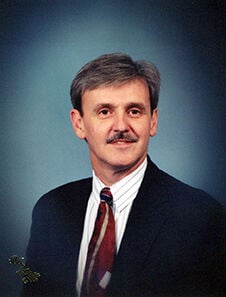 He was born at Sidney, Oct. 26, 1925, the son of the late W.C. and Dixie Smith Bogar.  Besides his parents, he was preceded in death by two brothers, Ralph C. Bogar and Joseph Vernon Bogar; one sister, Lois Ann Compton; a special sister-in-law and her husband, Delores and Burgess Smith; and a dear cousin, Hazel Smith West, whom he considered his sister.

He is survived by his wife of 70 years, Ina Jean Lewis Bogar; two daughters, Clarissa Scalf  (David), of Sidney, and Rita Scott (Bob), of Hardy; one granddaughter, Amanda Taylor (Janet), of Pikeville; one great-granddaughter, Alexis Taylor, of Pikeville; one sister, Helen B. Moore, of Fredericksburg, Va.; one sister-in-law, Yvonne Bogar, of Sevierville, Tenn.; and a host of nieces, nephews and friends.

For 38 years, he worked as a salesman/general manager at Johnson Motor Sales in Pikeville. He worked long, hard hours and made many friends throughout Pike and Floyd counties. After retirement, he missed working and meeting people, therefore, he worked about six years at First National Bank of Pikeville as a property appraiser. As a World War II Veteran, he was very patriotic and proudly served his country in combat throughout Europe and then volunteered for the South Pacific. He was a charter member of the Sidney Missionary Baptist Church where he faithfully served until his health declined. He served as a deacon for 48 years and taught the adult men's Sunday school class for 40 years, having to stop because of loss of eyesight. Throughout the years, he served in many capacities which included: Sunday school superintendent, music director and bus driver. He took great pride in keeping the grass mowed at the church. He enjoyed hunting, fishing and grooming his lawn.

Funeral services were held at 12  p.m., Thursday, July 23, 2020, at the R. E. Rogers Funeral Home Chapel, Belfry, with Tommy Reed and Ralph Ferree officiating. Burial followed at the Smith Cemetery, Sidney, with nephews, nephews-in-law and friends serving as pallbearers. Military services were conducted by Belfry Chapter #141 Disabled American Veterans. Arrangements were under the direction of the R.E. Rogers Funeral Home of Belfry.

She was born at Pikeville, Sept. 26, 1926, the daughter of the late John and Virgie Thacker.

She was a retired G.C. Murphy’s employee.

Along with her parents, she was preceded in death by two sisters, Augustine Blackburn and Glema Hutson.

Michael R. Keene, 69, of Georgetown, died Wednesday, July 22, 2020, at his residence surrounded by his family.

He was born at Phyllis to the late Malcom Keene and Ellen Ward Keene.

He was a faithful servant of God for 50 years and was a member of Scott County Church of Christ.

Besides his parents, he was preceded in death by his brother, James Keene; two nephews, Brandon Mastin and Travis Hall; and his brother-in-law, Buddy Hall.

Funeral services will be held at 1 p.m., Friday, July 24, 2020, at the Tucker, Yocum, & Wilson Funeral Home. Burial will be held at Crestlawn Memorial Gardens. Active pallbearers will be the elders and deacons of Scott County Church of Christ. Honorary pallbearers are Craig Justice, Jeff Justice, Christian Chasteen, Brandon Williams, Jonathan Redden, Bobby Justice, Nathan Mastin and Larry Woodall. Arrangements are under the direction of the Tucker, Yocum, & Wilson Funeral Home of Georgetown.

Due to Governor Beshear's mandate, 50% occupancy of the funeral home will be in practice and face coverings and proper social distancing are required for all who attend.

We, at Tucker, Yocum, & Wilson Funeral Home would like to thank the family for understanding during this time of change and for allowing us to care for their loved one.

Fond memories and words of condolences may be expressed to the family at www.tuckeryocumwilson.com.

In addition to his parents, he was preceded in death by a son, Peyton “Mikey” Mitchell; and two brothers, Edward and Clarence “Dommer” Mitchell.

He was a veteran of the United States Marines and served during the Vietnam War. He was a retired coal miner having worked in the coal industry for 47 years. He loved spending time with his grandchildren, family and friends. He also had a great love for the outdoors and enjoyed being outside taking care of his animals. He was a neighbor to everybody and wanted to feed anyone who happened to stop by for a visit.

He was born in Michigan, April 13, 1967, the son of Virgie Carter Osborne and the late Troy Osborne Jr.

He was a factory supervisor.

Along with his mother, he  is survived by two sons, Alex Joseph Osborne and Andrew Thomas Osborne; one brother, Troy Dean Osborne; two grandchildren, Jay Alexander Osborne and Kali Tyson; and a host of loving family and friends.