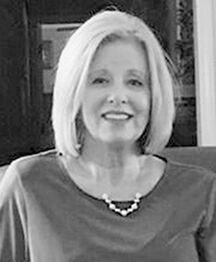 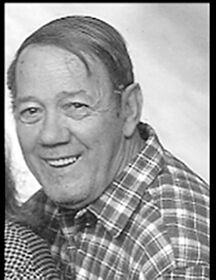 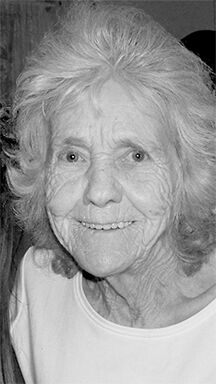 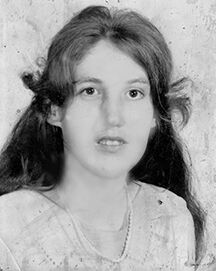 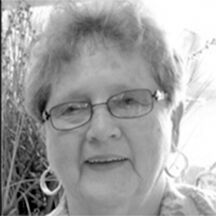 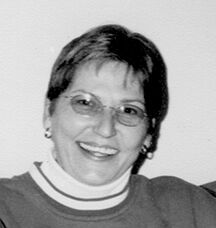 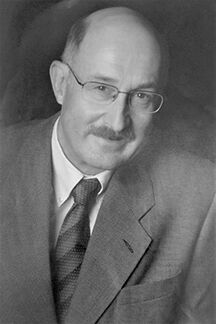 She was born in Pike County, Sept. 27, 1934, the daughter of the late Ked Thompson and Vera Richie Thompson.

She was a bookkeeper and a member of the Meta Baptist Church.

She is survived by her daughter; Saundra Bellamy (Jerry); her brother, Larry Thompson (Mary); her grandchildren, Brennan Kyle Bellamy (Elizabeth) and Bridget Lynn Bellamy; and a host of loving family and friends.

A private family service will be held with Bill Staggs officiating. Arrangements are under the direction of the Lucas and Son Funeral Home of Pikeville.

She was the District Manager of the Pikeville Branch of the Social Security Administration Office and a member of the Main Street Church of Christ.

She was born at Pikeville, April 7, 1958, the daughter of the late Fred and Delphia (Sturgill) Hale.

Along with her parents, she was preceded in death by two brothers, Ross Hale and Rick Hale.

Funeral services will be held at 2 p.m., Saturday, June 6, 2020, at the Main Street Church of Christ with Josh Allen officiating. She will lie in state from 1 p.m. until 2 p.m. services. Burial will follow at the Hale Cemetery, Harold.

Funeral services were held at 2 p.m., Thursday, June 4, 2020 at the Sutton Baptist Church. Burial followed at the Potter Cemetery, Robinson Creek. Arrangements were under the direction of Bailey Funeral Home, Inc., of Elkhorn City.

She was the daughter of the late Jimmy and Lola Mae (Staton) Henry, of Forest Hills.  She was also preceded in death by her sister, Angie Keesee.

She is survived by her husband, Tad Gilliam; her daughter, Staci Gilliam; her son, Bobby Gilliam; and her sister, Vickie Hadley, all of Forest Hills, and her sister, Denise Williams. She worked at the First National Bank of South Williamson, as an aid at Varney Elementary and as an accountant at Electric Line Company.

She was a beautiful, loving person with a great sense of humor, who always had a smile.  She will be greatly missed.

The family is so grateful for all of the prayers from so many wonderful people. Thank you to her doctors and nurses who were so good to her. Thank you to our friends and neighbors in Forest Hills. Sheila and her family are so very lucky to have lived among you.

In lieu of flowers, please consider making a donation to the following organizations or one of your choice, in Sheila's name: The American Lung Association,  www.lung.org; ASPCA,  www.aspca.org; St. Jude's Children Hospital, www.stjude.org, or Shriners Hospital for Children,  www.donate.lovetotherescue.org.

A mountain of a man to all family, friends and colleagues who knew him, Dr. Poulos was born in Pikeville, April 7, 1951, to Andrew Poulos and Marcella Alley Poulos.

He was relentlessly dedicated to his education from a young age, becoming the first of his family to graduate from high school, recognized as “most likely to succeed” while graduating from Pikeville High School in 1969. That distinction proved prescient as he went on to graduate from Eastern Kentucky University in 1973 and then the University of Kentucky School of Medicine in 1977. It was during his time at Eastern Kentucky University when he would meet his future wife, Sharon, and made what he often called “the best decision of his life,” marrying her in 1974. He completed a residency in diagnostic radiology at the University of Kentucky and returned to his hometown where he founded Pikeville Radiology and worked tirelessly as a member of the medical staff and later as a member of the Pikeville Medical Center Board of Directors from 1998-2019. He lived in Pikeville until the time of his retirement from Pikeville Radiology, moving to his farm in Lexington.

Larger than life to those that would work with and come to know him, Dr. Poulos was a respected physician and a natural born leader. He was a man unafraid of the truth, possessing an unshakable honesty. A proud descendant of Greek heritage, he demonstrated a profound respect and knowledge of history. His commitment to health and fitness was legendary, especially his passion for bicycling, where people could frequently see him pedaling furiously around town before his retirement. He had a passion for nature, often spending his time off with family on long hikes in the Smoky Mountains. Despite the multitude of interests which he pursued with incomparable zeal, his primary passion was his family whom he loved so dearly.

In lieu of flowers, the family requests donations be made on Dr. Poulos’s behalf to either Judi’s Place for Kids, (https://judis-place-for-kids.networkforgood.com/projects/30648-protect-children-from-abuse), or, the Team Kentucky Fund for COVID-19 relief, (https://secure.kentucky.gov/formservices/PPC/KYCOVID-19Donate).

Arrangements are under the direction of the Milward Funeral Home of Lexington.

The guestbook may be signed at www.milwardfuneral.com.

She was a member of the Bible Way Apostolic Church and a loving homemaker whose greatest joy was loving her children and grandchildren.

In addition to her parents, she was preceded in death by two sons, John Henry Ray and Jason Lee Ray; and several brothers and sisters.

She is survived by her loving partner, John N. Ray; her daughter, Virginia Ann Adams (Harold), of Thacker; her grandchildren, Harold, James, Bethany, Jacob, Amber, Zachary, Sara and John; and a host of nieces and nephews.

Funeral services will be held at 1 p.m., Sunday, June 7, 2020, at the Bible Way Apostolic Church, Thacker, W.VA., with Reverends Rick Jackson and Bernard Smith officiating. Burial will follow at the Thacker Hollow Cemetery.

Visitation will be at the church Friday, June 5, and Saturday, June 6, at 6 p.m. with special services beginning at 7 p.m. each night. Arrangements are under the direction of Jones & West Funeral Home of Phelps.

Joynell Rayburn, better known to her family and friends as “Gaynell”, 80, of Mason, Ohio, died peacefully after a brief illness on Tuesday, May 26, 2020, at Christ Hospital, Cincinnati, Ohio, where she ended her journey here on earth only to begin a new one in Heaven. She is now reunited with her husband and daughter for what she long waited for.

In addition to her parents, she was preceded in death by her husband, Robert Gene Rayburn; one daughter, Carolyn Blankenship; one brother, J.R. “Bud” Spangler; and one sister, Aretta Seaton.

She was of the Christian faith and loved and served God faithfully. She was an exceptional wife, mother, grandmother and great-grandmother. She cared deeply for her family, friends and pastors. She did this, not out of obligation, but because of who she was. She always made sure every child that crossed her threshold was safe, healthy and happy. Most of the teenagers growing up never knew her real name. They only knew her as “Ma.”

Gaynell also deeply cared for Brother and Sissy Meek, Betty and Frank, Larry and Millie, Gene Rayburn (the late Della) and family, the Chapman family, Bill and Sandy and her church family, as well as many others.

Funeral services were held at 1 p.m., Sunday, May 31, 2020, at the Faith Tabernacle Church, Majestic, with Rev. Charles Meek officiating. Burial followed at the Buddy Mounts Cemetery, Majestic. Arrangements were under the direction of the Jones & West Funeral Home of Phelps.

He was a member of the Coal Run Church of Christ.

He loved to travel and was blessed to visit all 50 states and some of them several times. His greatest blessing came later in his life, he developed a relationship with his Lord. Many of his conversations were filled with that love. To those who knew him in his early days, this was truly a life turned around!

He will be missed by his family, friends and all who were blessed to have known him.

A memorial service will be announced at a later date.

Obituary courtesy of the Community Funeral Home of Zebulon.

He was born in Pike County, May 27, 1948, the son of the late Nathan Thacker and Imal Sanders Thacker.

In addition to his parents, he was preceded in death by three siblings, James Thacker, Rose Mary Thacker and Nell Slone.