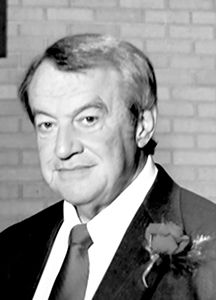 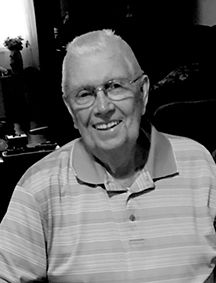 Arrangements were under the direction of Bailey Funeral Home of Elkhorn City.

He was born February 7, 1961, in Pike County, the son of Delores Campbell DeBoard and the late Cecil DeBoard.

He was a welder and a member of the Pipefitters Union 636 in Michigan. He was a U.S. Navy veteran of the Persian Gulf.

Arrangements were under the direction of Lucas and Son Funeral Home.

Online guestbook may be signed at, www.lucasandsonfh.com.

Arrangement were under the direction of R.E. Rogers Funeral Home of Belfry.

Online condolences may be made at rerogersfh.com.

Larry Blake Pinson, of Campbellsville and Pikeville, was born on May 09, 1947 to the late Blake Pinson and Anna Rae Dotson Pinson in Pikeville. He passed from this life on July 01, 2019 at the age of 72.

He professed faith in Christ and was a member of the First Baptist Church in Pikeville and attended the Mannsville United Methodist Church.

At an early age his parents instilled in him a strong work ethic and sharp sense of business. He married his loving and devoted wife and partner, Gayle Minor Pinson, on September 27, 1975. Together they worked side by side to operate many successful business adventures, with his passion being real estate. Larry was known for his tough negotiating skills, vast real estate knowledge and making every dollar count.

He was an avid horse and mule enthusiast who loved riding and just simply being around them. He enjoyed watching old westerns and horse races. He always betted on his close friend Ken Ramsey’s horses, and when able to attend the race he looked forward to joining them in the winner’s circle. He was honored when Ken named three horses after him; Pinson, Mellon-Cutter, and Tightwad. Larry loved to auctioneer and the excitement of the sale. Out of all of his hobbies, trail riding in the truck was always his favorite.

Besides his wife Gayle, he is survived by his three accomplished daughters: Anna Pinson Spears and husband Robbie, Lisa Sizemore and her husband Rory, and Lesley Anderson and her husband Chris, all of Pikeville. Larry was blessed with six grandchildren; Blake and Chrisley Anderson, Ava and Hadley Sizemore, and Archer and Piper Spears. Larry also is survived by a cousin and lifelong friend, who was more like a brother, Bert Hatfield. Bert introduced Larry and Gayle and always stood with Larry. Larry is survived by several cousins, in-laws, and many close friends.

He was preceded in death by his parents, and one brother Robert Dotson Pinson.

Larry Blake lived his life the way he wanted ... His way! He wrote his own rules, paved his own way, and was a fighter until the end.

In lieu of flowers the family has requested donations be made to the Mannsville United Methodist Church, either to the church directly or through the funeral home.

Funeral services and burial will be private.

Beaver was a retired salesman for Appalachian Tire, a member of Stone Masonic Lodge #890 F. and A.M., El Hasa Temple in Ashland, and a member and Deacon of the Big Creek Primitive Baptist Church.