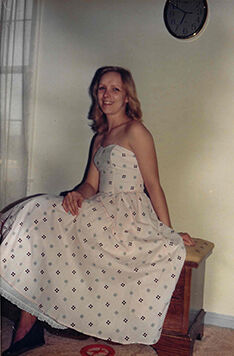 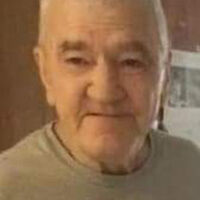 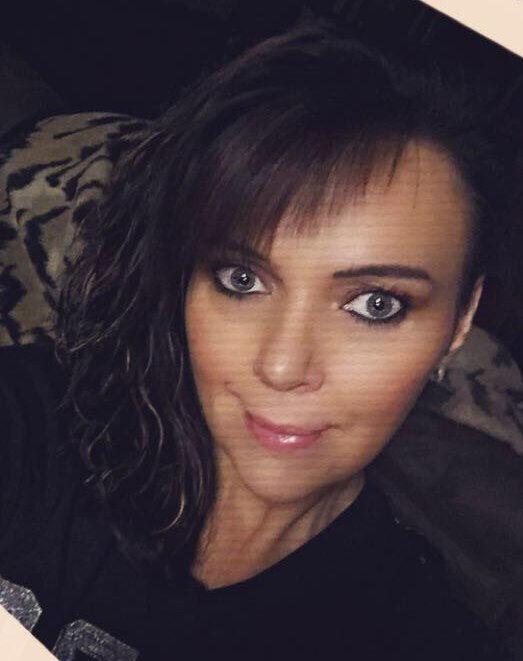 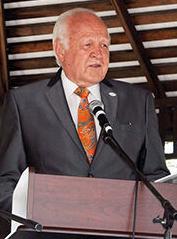 He was born in Pike County, Jan. 12, 1932, the son of the late William Bartley and Trilby Gibson Bartley.

He was a coal operator and a member of the Marrowbone Missionary Baptist Church.

Visitation will begin at 6 p.m., Saturday, Sept. 19, at the funeral home with services beginning at 7 p.m. on Sunday. Arrangements are under the direction of the Lucas & Son Funeral Home of Pikeville.

He was born in Pike County, Oct. 27, 1955, the son of Betty Charles Bevins and the late Fred Wilson Bevins.

He will be sadly missed by all those who knew and loved him.

Funeral services were held at 1 p.m., Thursday, Sept. 17, 2020, at the Zebulon Church of Christ with Shane Lockard officiating. Burial followed at the Bent Ridge Cemetery, meta. Arrangements were under the direction of the Community Funeral Home of Zebulon.

She was born in Pike County, May 30, 1928, the daughter of the late Ben Johnson and Sarah Ellen Johnson-Johnson.

She is survived by one granddaughter, Adrienne Johnson; a host of nephews and nieces; and many family and friends.

He was a former coal miner and was of the Baptist faith.

In addition to his parents, he was preceded in death by a brother, Kenneth Elkins.

He is survived by a sister, Phyllis Elkins; a brother, Donald Elkins (Sandy); and several nieces and nephews. He was very close to his niece, Kayly Coleman, who was always ready and willing to help him in any way she could.

Funeral services will be held at 2 p.m., Sunday, Sept. 20, 2020, at the R. E. Rogers Funeral Home Chapel with Rick Gannon officiating. Burial will follow at the Mountain View Memory Gardens, Maher, W.Va., with family and friends serving as pallbearers.

Visitation will be held from 6 p.m. until 9 p.m., Saturday, Sept. 19, at the funeral home. Arrangements are under the direction of the R. E. Rogers Funeral Home of Belfry.

Wayne was born March 18, 1938 to the late Fred and Opal Childress Rutherford.

He was also preceded in death by his first wife, Mary Katherine DeHart Rutherford; and his sister, Barbara (Bobbi) Rutherford Parks.

He was a member of the Pikeville United Methodist Church.

Wayne had many interests including gardening, cooking, camping, fishing, houseboating, UK basketball, UPike basketball, Pikeville High School sports, reading, writing, political science, genealogy and trains. He was an avid story-teller until the very end. He taught his family about his love of history and its importance. Travelling to many historic sites was often a part of family vacations. After marrying Pat in his later years, they enjoyed travelling and spending time together with their dog, JJ. His beloved wife spent countless hours cooking his favorite foods and became his devoted caregiver, making sure his every need was met.

Wayne was Chairman of the Judicial Building Project Development Board, was on the Pike County Chamber of Commerce Board of Directors for 12 years, was on the Pikeville College Advisory Board for 13 years, received  a Presidential Appointment to Energy Summit, was a three-time Appointee to the National Association of Counties Committees, Governmental Appointment to the Kentucky Flood Control Commission, was an East Kentucky Rural Electric Co-operative Member Advisory Board Member, Charter Member of the Kentucky Crime and Delinquency Commission, founding Member of the Shelby Railroad Reunion, Big Sandy Regional Crime Commission Board of Directors, Kentucky Economic Development Commission, Pike County Board of Health Member for 20+ years, Eastern Kentucky Concentrated Employment Program, Governmental appointee to Kentucky Manpower Council, Boy Scouts of America Board of Directors, Pikeville Babe Ruth League/co-manager of League Team, a member of National Steering Committee, three time Chairman of Board for the Big Sandy Area Development District, member of National Judges Association, Kentucky Flood Control Commission Advisory Board Member, twice Chairman of the Board of the Big Sandy Community Action Agency, Kentucky Juvenile Advisory Board and a Board member of East Kentucky Exposition Center.

Because of the current COVID-19 Pandemic the services and burial will regretfully be private. Wayne’s funeral will be live-streamed on YouTube by the Pikeville United Methodist Church which will share a link on Facebook. Services will be conducted under the direction of J.W. Call & Son Funeral Home. Internment will be at R.H. Ratliff Cemetery at Shelbiana. A public memorial service will be held at a later date. Services will be conducted by Pastor Chris Bartley from Pikeville United Methodist Church.

In lieu of flowers, donations may be made to the University of Pikeville, Judi’s Place for Kids, Westcare Homeless Shelter or the Pike County Public Library.

The Rutherford Family wishes to thank Pikeville Medical Center nurses, doctors and staff, and the staff of Appalachian Hospice Care. Wayne’s lifetime commitment to the people of Pike County and his devotion to others will never be forgotten. Wayne will be sadly missed. The family kindly requests continued thoughts and prayers in the days ahead.

In keeping with the request of Harold, a graveside service will be held in his honor at 2:30 p.m., Tuesday, Sept. 22, 2020, at Mill Springs National Cemetery, 9044 KY-80 Nancy, KY 42544, with military honors being presented by the Kentucky National Guard Military Honors Team along with members of the American Legion Post 38. Arrangements are under the direction of Chambers Funeral Services, Inc., of Matewan, West Virginia.

The guestbook may be signed at www.chambersfuneralservices.com.

Funeral services will be held at 11 a.m., Friday, Sept. 18, 2020, at the Turkey Creek Freewill Baptist Church with Mikey Smith officiating. Burial will follow at the Stepp Cemetery, Hatfield, with his family and friends serving as pallbearers. Arrangements are under the direction of the R. E. Rogers Funeral Home of Belfry.

She was a loving homemaker who loved spending time with her grandson, Dominic Nolan Stump, whom she loved so very much. She enjoyed cooking out and planning family activities, such as birthday parties, etc. She liked getting out and stopping at flea markets and yard sales. She also enjoyed doing carpenter work which she had a talent for.

She was preceded in death by a sister, Hope Nicole Fields.

In addition to her grandson, survivors remaining to honor her memory are, Terry L. Stump, of Phelps; her son, Terry Michael Stump, of Phelps, and Shakila Smith, of Georgetown, who are Dominic’s parents; five brothers, Dewayne Davis, Ricky Davis (Katy) and B.J. Davis, all of Thomasville, N.Car., Chris Shortridge, of Richlands, Va., and Jerimiah Hackney, of New York; her sisters, Crystal Renee Davis, of Pikeville, and Susie Davis, of Thomasville, N.Car.; her nieces, Bianna, Shanice and Demetria Davis; her nephew, Bradley Cervantes; her companion, Tennis Mounts, of Freeburn; two close friends, Travelene Bailey, of Gilbert, W.Va., and Kimberly Fonner, of Indiana; and a host of other family and neighbors.

Donna Marie King Sykes died quietly in her sleep on Wednesday, Sept. 9, 2020, due to breathing and lung complications from smoking cigarettes.

She was born at Madison General Hospital in Boone County to the late James Phillip King and Betty Jo Burkett.

In 1969 she moved to Pike County, near her step-father’s family, Charlie Compton, also deceased.

In addition to her parents, she was also preceded in death by her niece, Kaia Harmony Humphrey, in 2013.

She had a vivacious personality and loved the younger generation. She had a very colorful vocabulary that was humorous to say the least. Conversation came easy from Donna as with most females in the family.

Education for her was a two-year accounting degree which she used to help her as assistant director of a NAPA store at Phelps, for over 20 years. In later years, she lived a short time in South Carolina and the last part of her life at Beckley, West Virginia.

The guestbook may be signed at www.blueridgefuneralhome.com.

Funeral services will be held at 11 a.m., Sunday, Sept. 20, 2020, at the R.E. Rogers Funeral Home Chapel with Gerria Reynolds officiating. Burial will follow at the Mountain View Memory Gardens, Huddy, with family and friends serving as pallbearers.

Visitation will be held Friday, Sept. 18, and Saturday, Sept. 19, at the funeral home with special services beginning at 7 p.m on Saturday night. Arrangements are under the direction of the R. E. Rogers Funeral Home of Belfry.

Funeral services will be held at 1 p.m., Saturday, Sept. 19, 2020, at the funeral home with Primitive Baptist Ministers officiating all services. Entombment will follow at the Annie E. Young Cemetery, Shelbiana. Arrangements are under the direction of the Thacker Memorial Funeral Home of Pikeville.

In lieu of flowers, the family kindly asks that donations be made to Shriners Hospital or St. Jude’s Children’s Hospital.