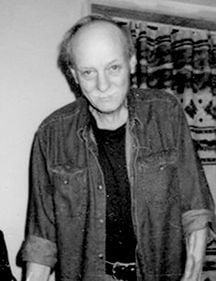 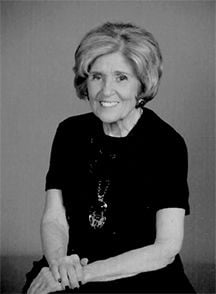 He was a specialized machinist.

He is survived by one brother, Michael Czaja, of Omaha, Nebr.; two sisters, Pamela Brown (Ron), of Omaha, Nebr., and Connie Edmonds (John), of Pikeville; a host of nieces and nephews; and a special friend, Jackie Duckett, of Hendersonville, North Carolina.

Funeral services will be held at 11 a.m., Friday, June 14, 2019, at the J.W. Call Funeral Home Chapel with Dennis Love officiating. Burial will follow at the Edmonds Family Cemetery, Ratliffs Creek, with Joel Brown, John Edmonds, Joseph Edmonds, Chris Ferber, Mike Edmonds and Ray Farler serving as pallbearers. Arrangements are under the direction of the J.W. Call Funeral Home of Pikeville.

Arrangements are incomplete and will be announced later by the Hall & Jones Funeral Home of Virgie.

Elizabeth Jane “Betsy” Spurlock Lambert, of Prestonsburg, died Sunday, June 9, 2019, at her residence, surrounded by her children and loved ones.

She was born on March 22, 1934, the daughter of the late Burl and Elizabeth “Peggy” Spurlock.

She attended Margaret Hall School and was a graduate of Prestonsburg High School. She also attended the University of Kentucky where she was a member of Kappa Kappa Gamma sorority and a graduate of Pikeville College. She served for many years as a Senior Vice President and Director of First Commonwealth Bank and First Prestonsburg Bancshares. She was a lifelong member of the First United Methodist Church in Prestonsburg.

A funeral service in memory of Betsy’s life will be held at 2 p.m., Friday, June 14, 2019, at the First United Methodist Church in Prestonsburg, with Pastor Jerri Williams officiating. Visitation will be held at the church on Thursday, June 13 from 4 p.m. until 8 p.m and also on Friday from 12 p.m. until time of service.

Serving as pallbearers will be: Mitch Wilson, Greg Wilson, Burl Wells (Beau) Spurlock II, Michael Robinson, Kevin Jett, Robert Allen II, Joe Steele and Matthew Razor. Honorary pallbearers will be her brothers, the Prestonsburg Bridge Club and all past Directors and employees of First Commonwealth Bank. Arrangements are under the direction of the Hall Funeral Home of Martin.

Memorial contributions are suggested to the First United Methodist Church of Prestonsburg.

The guestbook may be signed at www.hallfuneralservice.com.

He enjoyed water skiing, fishing and spending time with family and friends.

In addition to his parents, he was preceded in death by his wife, Melanie; and one brother, Shane.

He is survived by two younger brothers, Tony and Tim; and a very loving family and plethora of friends.

A Celebration of Life will be held at 2 p.m., Sunday, June 23, 2019, at the Mullins Family Cemetery. Arrangements were under the direction of the R.E. Rogers Funeral Home of Belfry.