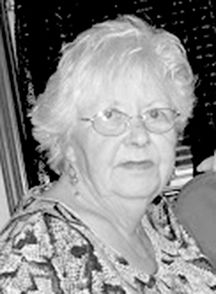 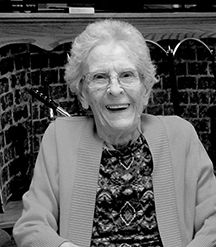 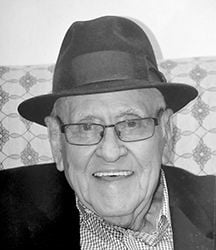 Visitation will be held from 11 a.m. until 9 p.m., Wednesday, Nov. 6, at the funeral home. Evening services will begin at 7 p.m, with Sidney Sensening officiating. Arrangements are under the direction of the Hall & Jones Funeral Home of Virgie.

She was born at Coleman, Dec. 27, 1940, the daughter of the late Raymond and Jane Coleman Wagner.

She really enjoyed cooking and tending to her flower garden. In her earlier years, she worked as a florist, specializing in funeral pieces. She loved to draw and paint and was a very kind and generous lady. She was a member of the Peter Creek Primitive Baptist Church.

In addition to her parents, she was preceded in death by her husband, Tommy Dotson; two brothers, John and Raymond Wagner; and two sisters, Alice Sawyers and Tave Coleman.

She is survived by one son, Tommy Dotson II, of Rogersville, Tenn.; one daughter, Mary J. Rayburn (Donnie), of Phelps; one brother, Kenny Wagner (Patty Rose), of Phelps; two sisters, Betty Jane Allen and Feba Ann Johnson (Doug), both of Indiana; one special niece, Patty Ann Evans, of Phelps; two grandchildren, Nikole Denise Dotson, of Winchester, and Jacob Rayburn, of Phelps; and a host of nieces and nephews.

The guestbook may be signed at www.joneswest.com.

She was born at Slaters Branch, Dec. 19, 1929, the daughter of the late Clarence and Mable Corum Williams.

She was a homemaker and a member of the Williamson Area Church of Christ. She was a kind and precious lady who was loved by all.

In addition to her parents, she was preceded in death by her husband, Bill Fouch; a special granddaughter, Mary Kay Kinder; three brothers, Jack, Ralph and Billy Williams; and a sister, Betty Francis.

She was born at Lick Creek, Aug. 8, 1945, the daughter of the late Ollie and Loretta Short Williams.

She was a homemaker and a member of the Lick Creek Holiness Church.

Funeral services will be held at 1 p.m., Wednesday, Nov. 6, 2019, at the Lick Creek Holiness Church with Ray Sayers, Rick Fuller and Rick Sayers officiating. Burial will follow at the Johnson Memorial Park, Pikeville.

Visitation will continue on Tuesday, Nov. 5, at the church. Arrangements are under the direction of Bailey Funeral Home, Inc., of Elkhorn City.

He was born at Belcher, May 13, 1940, the son of the late Clarence and Jean Lovelace Stiltner.

In lieu of flowers, the family kindly asks for donations to be made to: Hospice of the Bluegrass.

He was born in Pike County, Sept. 25, 1934, the son of the late Burbon Thacker Sr. and the late Mercy Adkins Thacker.

He was a service station operator for Thacker’s Gulf and a member of the Faith First Baptist Church at Jimmies Creek.

In addition to his parents, he was preceded in death by three brothers, Lunner Thacker, Haze Thacker and Thannel Thacker; and three sisters, Carrie Kendrick, Martha Thacker and Betty Slone.

He is survived by Mikie Bingham, who was like a son to him; one brother, Karfa Thacker; two sisters, Lorraine Lawhorn and Mary Ann Thacker; and a host of other dear family and friends.

He was loved by his family and numerous friends throughout Eastern and Central Kentucky.

He retired from Forest City Management as Property Manager of Carl D Perkins Senior Living at Virgie in 2006. In retirement, Jack owned Jack’s Taxi, where he lived in Nicholasville. He was a member of Broadway Christian Church, a friend of Bill W. and an active member of AA for 55 years, just short of his 37-year token for sobriety and a tenant at Hartland Hills Retirement since 2017. He will be remembered for his smile, the hope he gave to others, unconditional love, generosity, always being there when you needed him and the jokes/stories he told.

A service will be held at 11 a.m., Wednesday, Nov. 6th, 2019, at Hager and Cundiff Funeral Home, Nicholasville. He will be laid to rest at Bluegrass Memorial Gardens next to his wife June.

His family will receive friends at Malone’s Prime Events, 3373 Tates Creek Road, Lexington, from 5 p.m. until 8 p.m. on Wednesday to honor his wonderful life.

Jack’s family suggests donations be made to the Hope Center in Lexington, www.hopectr.org.

This obituary was lovingly submitted to the funeral home by the Tipton Family. Hager & Cundiff Funeral Home values nothing more than the trust the Tipton Family has given to us to care for Jack.