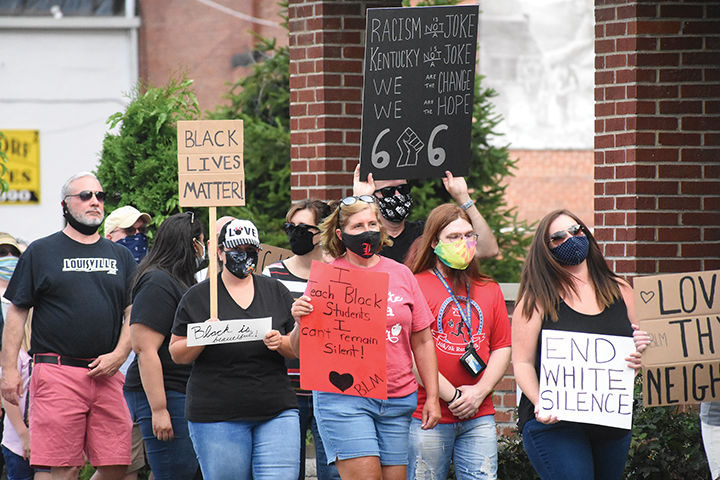 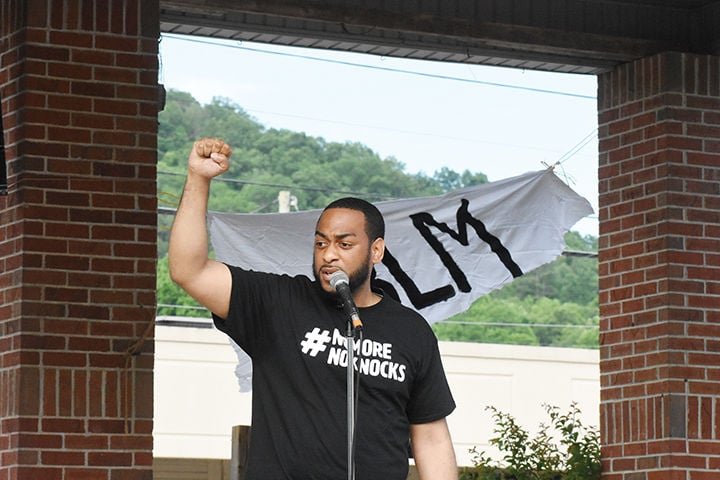 On June 13, more than 100 residents from not only Prestonsburg and Floyd County, but surrounding areas participated in a Black Lives Matter peaceful protest which took place the Center Stage in Prestonsburg.

The protest was organized by Dalton Goble, who created the “Black Lives Matter - Prestonsburg, KY” Facebook group, which has a total of 94 members, allowed individuals to peacefully rally against racism. The protest joins a majority of others which have taken place across the country over the course of the last few weeks, in response to the death of Minneapolis, Minnesota, man George Floyd.

According to the group’s Facebook page the protest’s purpose was intended for individuals to come together in solidarity to mourn the unfair treatment of people of color, as well as those who have been lost to instances of police brutality and racially motivated incidents.

The protest began at The Stage, where several keynote speakers

addressed the individuals in attendance, one of which was U.S. Senate candidate and current 43rd Dist. state Rep. Charles Booker.

“We’re dealing with a lot in our commonwealth and in the county,” Booker said. “People are mourning in the streets. They’re grieving in real time and I’m one of them y’all. I got to be honest, y’all are lifting me (up) right now, you may not have known it but you’re lifting me (up).”

According to Booker, Kentucky is showing the country what it’s about because, he said, the commonwealth is standing as a family and as people who love one another.

As well as listening to speakers in attendance, protestors also peacefully marched around the city in solidarity.

Prestonsburg Mayor Les Stapleton said he was happy with the way the protest was conducted and that the city was happy to help accommodate.

“I know that the city and myself are happy that it was conducted it a good and peaceful manner,” Stapleton said. “They have a right to be heard and it’s always good to see individuals in the community and area to come together to support a cause in which they believe in.”