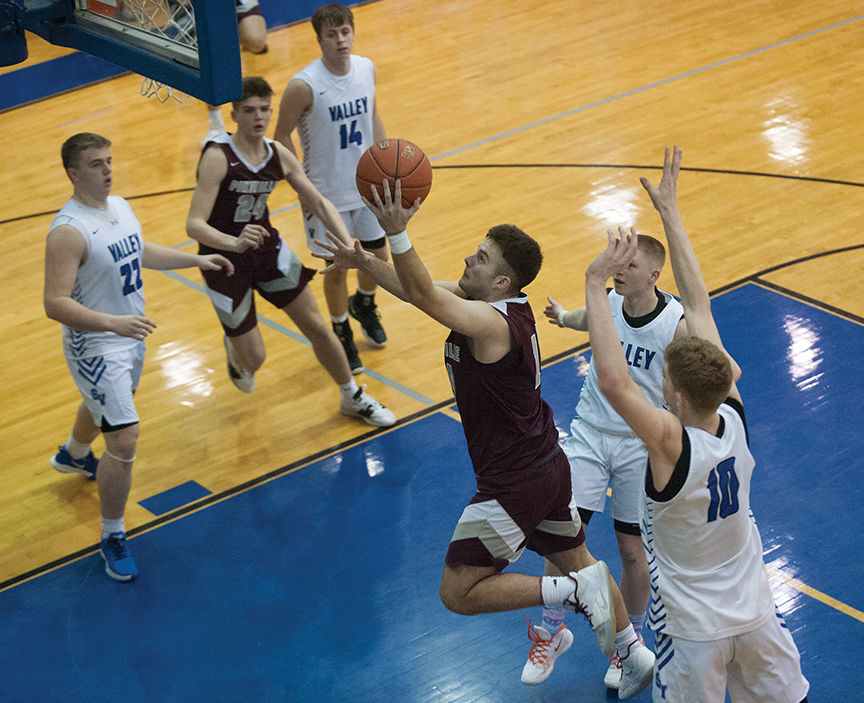 Pikeville’s Grayson Harris goes up for a shot over Shelby Valley Tuesday night in 59th District action. Harris led the Panthers in scoring with 20 points, but Pikeville fell to Shelby Valley 67-42. 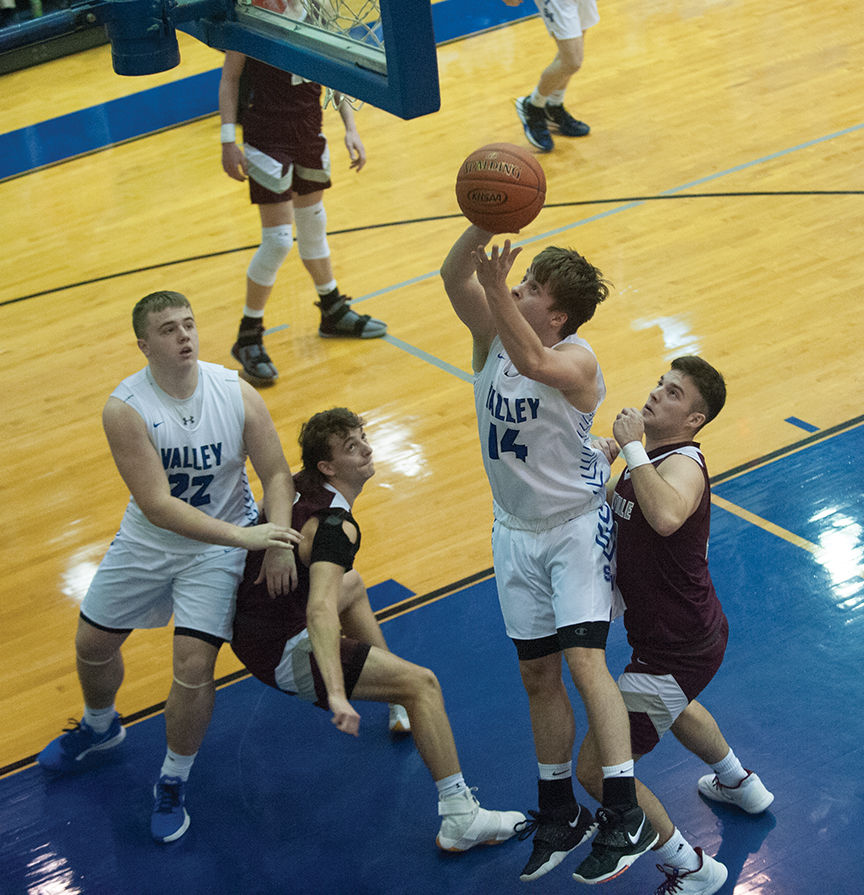 Shelby Valley’s Zack Johnson goes up for a shot over Pikeville Tuesday night at home in 59th District action. The Wildcats picked up a 67-42 win over the Panthers.

The win gives the Wildcats the No. 1 seed in the 59th District Tournament.

The Wildcats just played Pikeville last Saturday in the 15th Region All “A” Classic.

Rylee Sammons suffered an injury Saturday, but suited up before leaving the third quarter after colliding with Shelby Valley’s Kaden Robinson trying to chase down a loose ball.

Shelby Valley’s defense didn’t give up double figure scoring in the first three quarters to Pikeville.

The Wildcats outscored Pikeville 13-6 in the first and pushed the lead to 27-12 at the half.

The Wildcats only gave up eight points to Pikeville in the third before giving up 22 in the fourth.

Badgers in the XFL: Check out performances by former Wisconsin players in Week 3