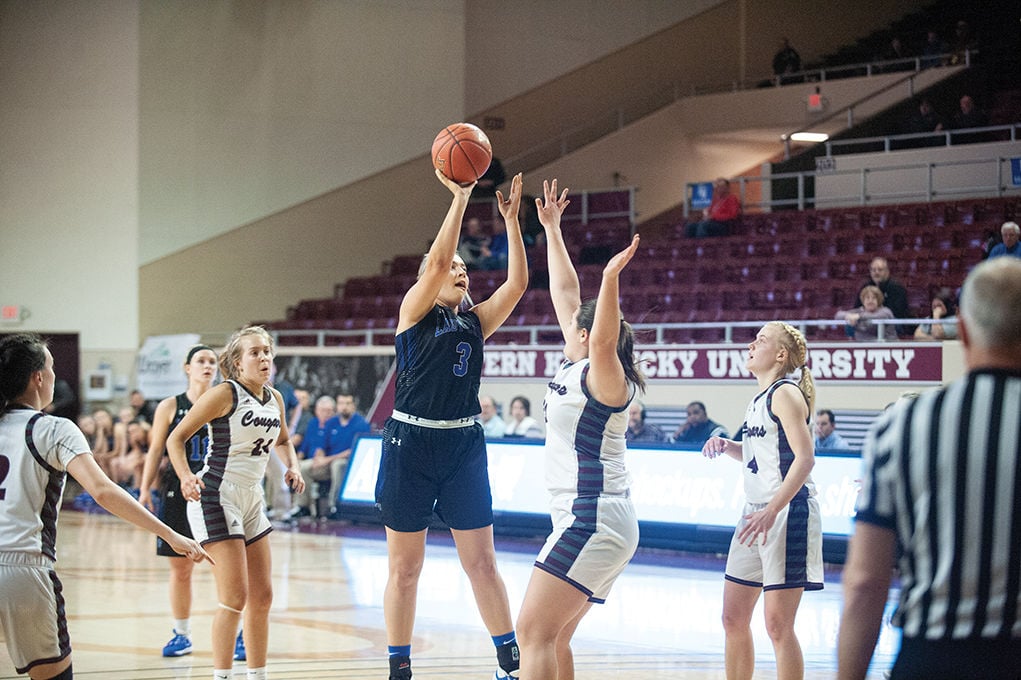 Shelby Valley’s Alyssa Elswick attempts a tough shot in traffic Wednesday afternoon against Holy Cross (Louisville) during the All “A” Classic. The Lady Wildcats came away from Richmond with a 64-30 win over Holy Cross. 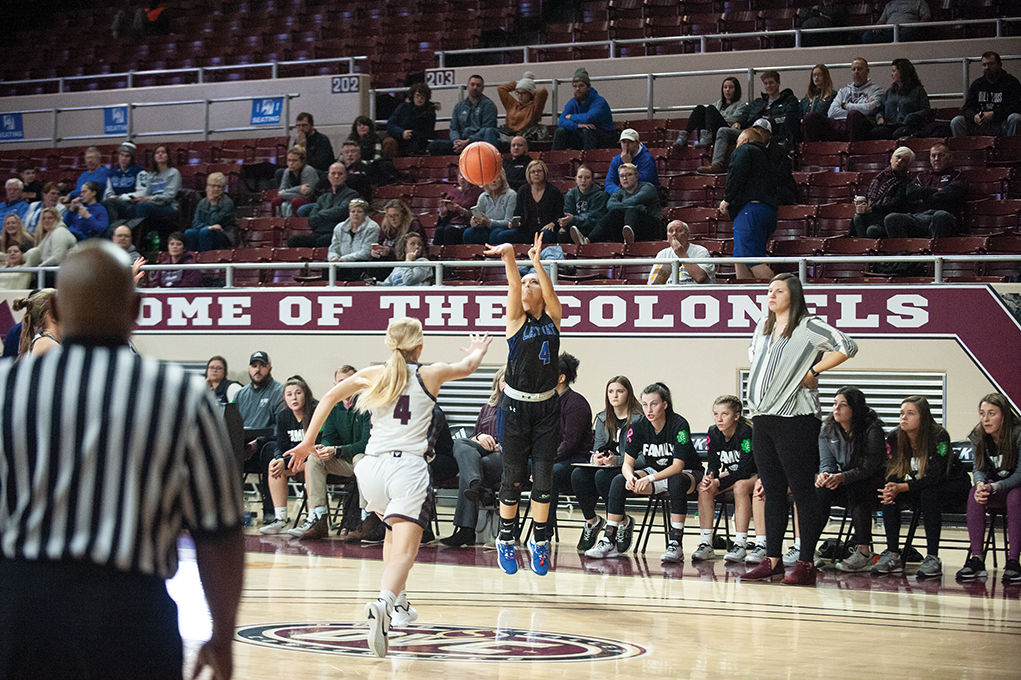 Shelby Valley’s Alyssa Newsom pulls up for a three Wednesday against Holy Cross (Lou.). The Lady Wildcats played Walton-Verona in the second round but fell 37-31, for game story and photos, see the Tuesday Edition of the News-Express. 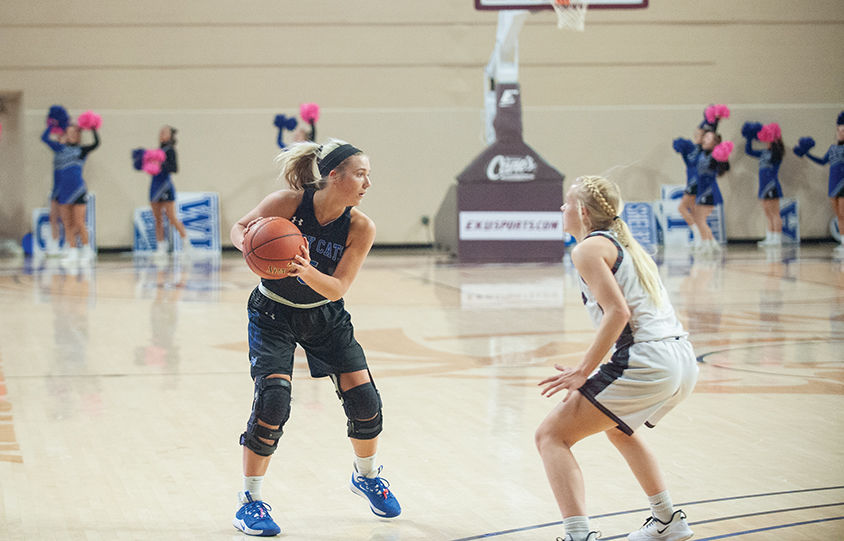 Elswick wasn’t asking them any questions, she was just perplexing the Cougars on the court.

Elswick did what she wanted as Shelby Valley knocked off Louisville Holy Cross 64-30 in the opening round of the All “A” Classic Wednesday night in Richmond at the McBrayer Arena.

With the win, the Lady Wildcats advance to the quarterfinals to take on Walton-Verona at 1:00 p.m. Friday.

Elswick scored 19 of her points in the first half as the Lady Wildcats jumped on Holy Cross early.

Alyssa Newsom gave Shelby Valley an early 4-2 lead by knocking down a three. Elswick scored with 4:10 left to push the lead to 6-2.

Elswick followed with Shelby Valley’s next eight points to push the lead to 14-4 with 1:47 left to play in the first.

Zoee Johnson scored after hauling in an offensive rebound and Elswicked scored to beat the first quarter buzzer and give Shelby Valley and 18-8 lead.

Matt LaFleur: ‘There was never a doubt’ about keeping Mike Pettine as Packers’ defensive coordinator

Badgers in the XFL: Check out performances by former Wisconsin players in Week 3

Kelsey Owens scored the final points of the half to push the lead to 36-15 at the break.

The Lady Wildcats forced 23 Holy Cross turnovers, while only turning the ball over three times.

The last time Shelby Valley reached the All “A” Classic, the Lady Wildcats finished as runner-up in 2018.