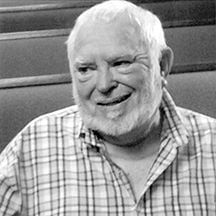 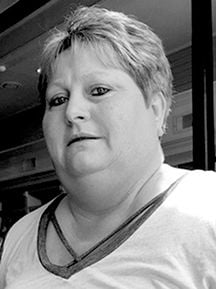 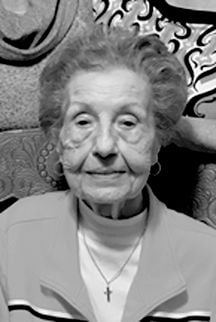 A private family funeral service will be conducted Friday. Burial will follow in the R.H. Ratliff Cemetery, Shelbiana. Arrangements are under the direction of the Thacker Memorial Funeral Home of Pikeville.

She was a former co-owner of The Golden Ring Restaurant in Elkhorn City and a member of the Shelby Valley Church of Christ since 2006.

Along with her parents, she was preceded in death by a son, Darrell Austin Damron, on Jan. 9, 1999; and three brothers, Gary Hall, Larry Hall and Buddy Hall.

Due to COVID-19 requirements set forth by Governor Andy Beshear, all funerals in Kentucky are limited to the “closest of family” with “private burials.” Private funeral services will be held at 11 a.m., Saturday, March 21, 2020, at J.W. Call Funeral Home Chapel with Steven Hall officiating. Burial will be in the Family Cemetery at Sycamore. Arrangements are under the direction of the J.W. Call Funeral Home of Pikeville.

In lieu of flowers, memorials are asked to be made in Loretta’s memory to: The Greg & Noreen Wells Hospice Care Center, 101 Dennis Sandlin MD Cove, Hazard, Ky. 41701.

Arrangements are incomplete and will be announced later by the Hall & Jones Funeral Home of Virgie.

She was born at Huddy, June 5, 1932, the daughter of the late Thomas and Cordia Alice Fields Maynard.

She was a retired cook at the former Varney Elementary School and a member of Old Pond Primitive Baptist Church.

Funeral services will be held at 1 p.m., Sunday, March 22, 2020, at the R. E. Rogers Funeral Home Chapel with Mike Elswick and others officiating. Burial will follow in the Scott Family Cemetery, Hardy, with her grandsons serving as pallbearers.

Visitation will be held from 6 p.m. until 9 p.m., Saturday, March 21, at the funeral home. Arrangements are under the direction of the R. E. Rogers Funeral Home of Belfry.

Besides his parents, he was preceded in death by six brothers, Raymond, Russell, Walter, Jimmy, Obie and Marlow; and four sisters, Sadie Rose, Doris Mullins, Patty Johnson and Lora Tackett.

He is survived by eight sons, Marlon Tackett (Wendy), of Poor Bottom, Freddy Tackett, of Ohio, Randy Tackett, of Pennsylvania, Ronnie Hall, of Caney Creek, Terry Newsome, of Ohio, Todd Tackett, of Georgia, Tommy Tackett, of Illinois, and Brandon Leslie, of Pikeville; two daughters, Tammy Britton, of Indiana, and Neidra Dawn Akers, of Grethel; one brother, Lonnie Tackett (Patsy), of Dorton; one sister, Audrey Nunemaker, of Tennessee; 26 grandchildren; and a host of great-grandchildren and great-great-grandchildren.

Private funeral services will be held at 1 p.m., Sunday, March 22, 2020, at the Hall & Jones Funeral Home Chapel with Daryl Newsom and others officiating. Burial will follow at the Tackett Family Cemetery at Cabin Fork.

Visitation will begin after 6 p.m., Saturday, March 21, for immediate family, at the funeral home. Arrangements are under the direction of the Hall & Jones Funeral Home of Virgie.

A closed graveside celebration of life will be held at a later date, due to restrictions of the Coronavirus pandemic, at the Marcum Family Cemetery, Crum, W.Va., with Pastor Bobby Perry from the Bethel Temple Assembly of God Church at Nolan, W.Va., officiating. Arrangements are under the direction of Weaver Mortuary of West Williamson, West Virginia.