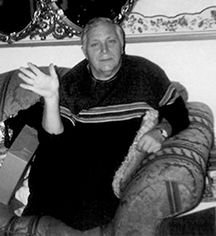 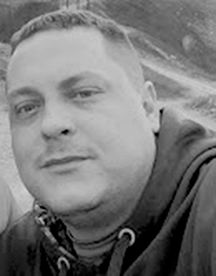 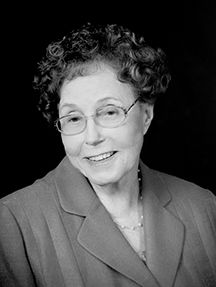 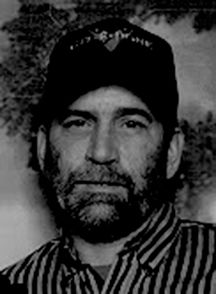 Funeral services were held at 2 p.m., Friday, Jan. 17, 2020, at the Mountain View Church of Christ. Burial followed at the Orville Hunt Cemetery, Mouthcard. Arrangements were under the direction of Bailey Funeral Home, Inc., of Elkhorn City.

He was a disabled coal miner who loved working in the mines until he was injured. He was of the Pentecostal Faith. He was an avid football and basketball fan. He loved watching the Super Bowl and was a Steelers fan. He also enjoyed Nascar and watching the news and his favorite TV shows, American Pickers and Andy Griffith. He loved going fishing and doing mechanic work in his spare time.

He will leave a legacy of love and memories which his family and friends will forever cherish.

He is survived by his wife, Melissa Ann Clark, of Woodman; his daughters, Jasmine Ratliff (Craig), of Grundy, Va., Hayle Clark, of Woodman, and Brittany Daniels, of  Pikeville, whom he claimed as his own. He loved his girls more than anything. He also leaves four brothers, Jimmy Brandt (Kathy), of Cincinnati, Ohio, Jeremy Daniels and Jonathan Daniels, both of Woodman, and Brian Daniels (Liddie) of Fedscreek; a special aunt and uncle, Albert Daniels (Phyllis), of Matewan, W.Va.; a special aunt, Betty Ireleim, of Cincinnati, Ohio; special friends, Bob Stepp, Paul Cote, Charles Lewis, Elvis and Tennie Hurley, Brian Sneed, Archie Blankenship and Chris Post; grandchildren, Colton Hayes Ratliff, of Grundy, Va., who was Greg’s world, and two he claimed as his own grandchildren, Conner and Abel LaCourse, whom he called “Pappy’s boys.” He also leaves a host of nieces, nephews and friends.

Funeral services will be held at 1 p.m., Saturday, Jan. 18, 2020, at the Woodman Community Church with Rev. Odis Blankenship and Rev. Joe Conn officiating. Burial will follow at the Hurley Cemetery, Stopover. Arrangements are under the direction of the Jones & West Funeral Home of Phelps.

He was born in Letcher County, March 16, 1944, the son of the late John Fleming and Nadine Isaac Fleming.

He was a retired coal miner and a member of the United Mine Workers of America.

In addition to his parents, he was preceded in death by his first wife, Freda Rose Fleming; one brother, Melvin Fleming; and two sisters, Mattie Ruth Mullins and Emma Hopkins.

Funeral services will be held at 7 p.m., Friday, Jan. 17, 2020, at the Hope Freewill Baptist Church with Junior Cantrell and others officiating. Burial will follow at a later date at the Frank Tackett Cemetery.

Visitation will be after 6 p.m., Friday, Jan. 17, at the church. Arrangements are under the direction of the Hall & Jones Funeral Home of Virgie.

Juanita Coleman Thacker Lowe, of Pikeville, went home to be with the Lord the evening of Monday, Jan. 13, 2020. She passed peacefully from this life while surrounded by her loving family.

Juanita and her husband, J.U. Thacker, owned and operated Thacker Furniture & Appliance and Thacker Cable Division from 1954-1975, until J.U.’s death. At the age of 50, when the love of her life passed, Juanita went back to school to study real estate. She earned her degree and enjoyed working as a real estate agent for over 35 years. She was a member of Grace Baptist Church, Shelbiana, where she taught Sunday School in her younger years. As the years crept up on her, she loved to be chauffeured to church, by her children and grandchildren, wherever they went. She loved the Lord and all her church families, Blessed Hope Freewill Baptist Church, Pikeville Freewill Baptist Church and Grace Baptist Church.

Juanita’s love for the Lord and others was expressed by one of her young grandchildren who said, “Mamaw was a lady who stood strong in her faith. She made time for the ones she loved and shared her wisdom with many. She showed patience and gave so much love and joy to everyone she touched. She was a treasured mother, loved grandmother, great-grandmother and great-great-grandmother, sister and friend.”

He was preceded in death by his infant sister, Staci Denise Mills; a cousin who was more like a sister, Audrey Blackburn; his maternal grandparents, Willis and Ruby Casey; and a paternal grandmother, Earlene Mills.

He was a graduate of Phelps High School and Morehead State University and a former CADC counselor with Westcare and Self Refined. He was the assistant manager for Kroger at LaGrange, and a member of their union. He was of Protestant Faith. He absolutely loved to fish, hunt, talk about sports in high school and watch UK football and basketball games, but his favorite was football. He loved to reminisce over his papaw and the funny things he would say. He had the biggest, most compassionate heart and would do anything to help others. He had a wonderful sense of humor and always kept everyone laughing.

In addition to his parents, those left to honor his memory include two sons, Derek Riley, of Olive Hill, and Ayden Keith Mills, of LaGrange; one brother, Chris Mills (Paige), of Louisville; one niece, Sophia Mills, of Louisville; two brothers from another mother, Dr. Cody Reynolds and Cameron Smith ; and a host of other dear family and friends.

In honoring his wishes, cremation has taken place and there will be no services at this time. Arrangements are under the direction of the Jones & West Funeral Home of Phelps.

The guestbook my be signed at www.joneswestfh.com.

In addition to his parents, he was preceded in death by his wife, Helena Mullins; three brothers, Russell Mullins, Foster Mullins and David Mullins; and two sisters, Margie Bridgeman and Hazel Newsom.

He is survived by one sister, Jessie Mullins, of Beefhide; and his caretaker, Mary Josephine Little.

Funeral services will be held at 11 a.m., Sunday, Jan. 19, 2020, at the Hall & Jones Funeral Home Chapel with Church of Christ Ministers officiating. Burial will follow at the Jay Tackett Cemetery, Long Fork.

Visitation will begin after 6 p.m., Saturday, Jan. 18, at the funeral home with services beginning at 7 p.m. Arrangements are under the direction of the Hall & Jones Funeral Home of Virgie.

He was born in Pike County, June 17, 1954, the son of the late Geneva Gibson Roberts and was raised by the late Howard and Martha Holland Gibson.

He was a retired school bus driver for the Pike County Board of Education and a member of the Poor Bottom Freewill Baptist Church.

In addition to his parents, he was preceded in death by one sister, Mary Louise Johnson; and one nephew, Howard Jason Johnson.

Funeral services will be held at 2 p.m., Sunday, Jan. 19, 2020, at the Poor Bottom Freewill Baptist Church with Richard Gibson, Terry Gibson and others officiating. Burial will follow at the Buddy Ratliff Cemetery, Poor Bottom.

Visitation will continue on Saturday, Jan. 18, at the church with services beginning at 7 p.m. Arrangements are under the direction of the Hall & Jones Funeral Home of Virgie.