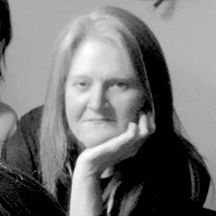 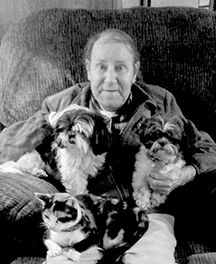 Funeral services will be held at 1 p.m., Friday, March 20, 2020, at the Hatfield Funeral Chapel at Toler, with Nee Jackson officiating. Burial will follow at the Family Cemetery, Pecco Hollow, Belfry.

Visitation will be held from 6 p.m. until 9 p.m., Thursday, March 19, at the funeral home. Arrangements are under the direction of the Hatfield Funeral Chapel of Toler.

In honoring Karen’s wishes, burial will be private. A public memorial service will be scheduled for a future date. Arrangements are under the direction of Chambers Funeral Services, Inc., of Matewan, West Virginia.

The guestbook may be signed at www.chambersfuneralservices.com.

She was born in Elkhorn City, April 12, 1934, the daughter of the late George and Blanche Spivey Mullins.

She was a homemaker.

In addition to her parents, she was preceded in death by her husband, Robert Carlisle.

Funeral services were held at 2 p.m., Wednesday, March 18, 2020, at the Bailey Funeral Home Chapel with Mike Stacy officiating. Burial followed at the Dow Brooks Cemetery, Draffin. Arrangements were under the direction of Bailey Funeral Home, Inc., of Elkhorn City.

He was born March 10, 1946, to the late James Woodrow Chapman and Nellie Chapman.

In addition to his parents, he was preceded in death by his brothers, Freddie Chapman, Bruce Chapman and Marvin Chapman; and his granddaughter, Aeriel Berntein.

He was a retired coal miner and a friend to everyone.

Visitation will be held from 6 p.m. until 9 p.m., Friday, March 20, at the funeral home with services beginning at 7 p.m., with Lee Branham officiating. Arrangements are under the direction of the R. E. Rogers Funeral Home of Belfry.