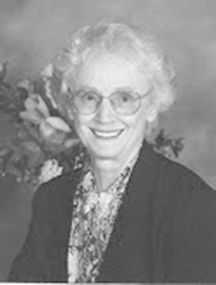 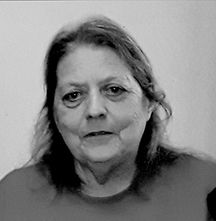 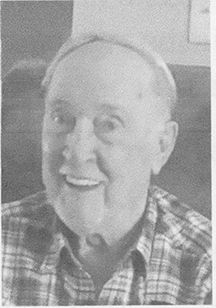 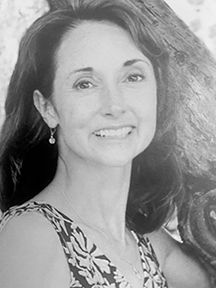 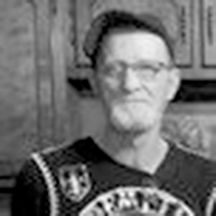 He was in tech support for Sykes and Gearheart.

In addition to his parents, he is survived by his sister, Rachael Alison Blackburn, of Pikeville; his nephew, Ryan Alexander Blackburn; and his niece, Lilly Ruth Blevins.

He will forever be missed and loved by his family and many friends.

She was born at Pikeville, July 29, 1930, the daughter of the late William B. Call Sr. and Anna Lida Dils Call.

In addition to her parents, she was preceded in death by two brothers, William B. Call Jr. and John Perry Call; and two sisters, Anna Margaret Call Gillespie and Hope Dorene Call Childress.

She is survived by her brother, Don Carlos Call Sr., of Louisville; and a host of nieces, nephews and many friends.

Graveside services will be held at 11 a.m., Saturday, Feb. 8, 2020, at the Johnson Memorial Park, Pikeville, with Willard Knipp officiating.

Renee Kidder passed into glory on Tuesday, Jan. 21, 2020, at her home in Howell, Mich., after a four-year battle with ovarian cancer.

She was born March 13, 1967, to Evangeline Judy Brown and the late Leon Brown. She grew up in River Rouge, Mich., and graduated with honors from Melvindale High School in 1985.

In addition to her mother, she is survived by her loving husband, Mark Kidder; her two dear children, Caleb and Noel; her brother, Leon O’Neil Brown; and many aunts, uncles, nieces and nephews.

She loved being a wife and mother, adventures with her family and friends and serving others.

She was passionate about missions, human trafficking prevention and advocating for medical research for the prevention of and cure for ovarian cancer.

After his military service, he worked for a while in the coal mines and then became a

truck driver. In 1966, he went to work for Essex International Group, from which he

retired in 1983. After retirement, he worked with his brother, Clarence McCoy, building

homes until he relocated to Aiken, S.Car., to be near his son, Harold (Mike).

He is a member of the Belfry United Methodist Church. He loved anything

In addition to his parents, he was preceded in death by his loving wife, Marjorie

He is survived by his son, Harold (Mike) McCoy (Sandy), of Aiken, S.Car.; his daughter, Pat McCoy Waters, of Ft. Wayne, Ind.; his sisters, Virginia, of Indialantic, Fla., and Elmo

Allred, of Maysville; his brother, Clarence McCoy, of Hardy; his sister-in-law, Sandra

Funeral services will be held at 1 p.m., Thursday, Feb. 6, 2020, at the Hatfield Funeral Chapel of Toler. Burial will follow at the Mountain View Memory Gardens, Huddy.

Visitation will be held from 11 a.m. until 1 p.m., Thursday, Feb. 6, at the funeral home. Arrangements are under the direction of the Hatfield Funeral Chapel of Toler.

The family would like to thank the doctors and nurses of ICU, IICU and PCU at Palmetto

Health Baptist Hospital for their kindness and care shown to Ernest and his family.  Also, to Sharon Salley and her entire team at Palmetto Health HomeCare (in house) Hospice for her assistance and compassion to the family.

In lieu of flowers, donations may be made in Ernest’s name to: Belfry United Methodist

In addition to his parents, he was preceded in death by one brother, Ronnie Williams; and one sister, Lydia Sue Williams.

He is survived by three brothers, Donnie Williams, of Hazard, Sam Williams, of Printer, and Tex Williams (Birdie), of Hopkins Fork; seven sisters, Eleanor Goble, of Dwale, Betty Stewart (Bill), of Betsy Layne, Bethel Yates (Steve), of Printer, Theresa Case (Burlin), of Hopkins Fork, Connie Kidd (Granvel), of Honaker, Vivien Forren (Art), of Allen, and Melissa Williams, of Betsy Layne; and a host of nieces, nephews and other family and friends who loved him dearly.

Funeral services will be held at 1 p.m.,Friday, Feb. 7, 2020, at the Hall & Jones Funeral Home Chapel with Johnny Pugh officiating. Burial will follow at the James E. Case Cemetery, Hopkins Fork.

Visitation will continue on Thursday, Feb. 6, at the funeral home with services beginning at 7 p.m., with Old Regular Baptist Ministers officiating. Arrangements are under the direction of the Hall & Jones Funeral Home of Virgie.